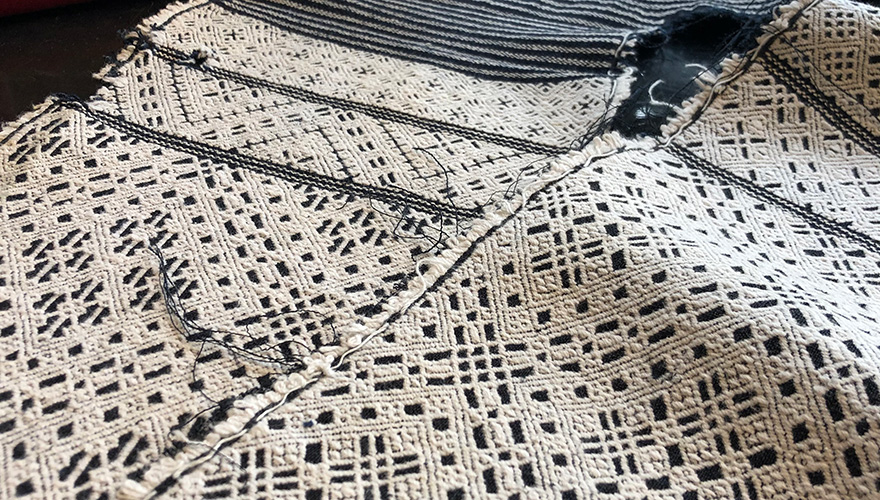 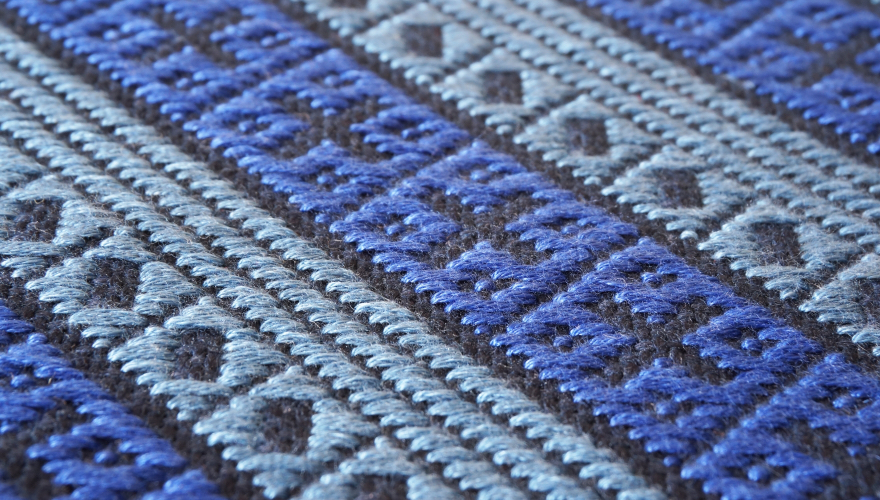 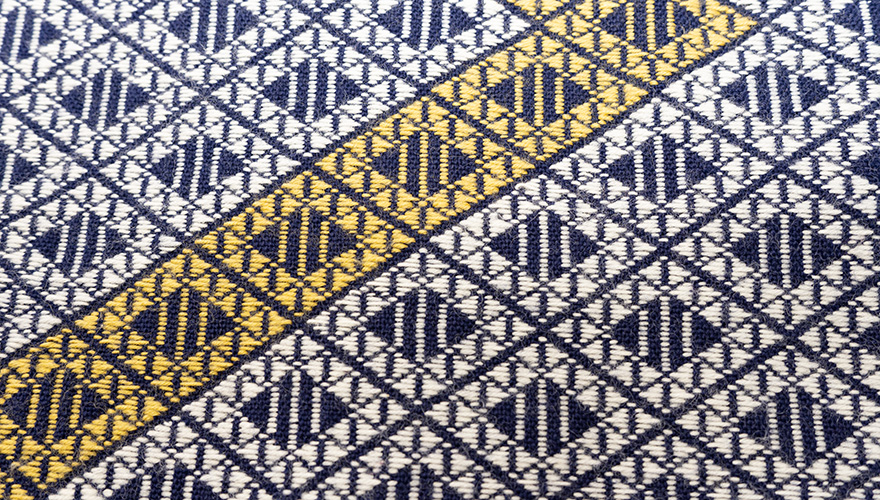 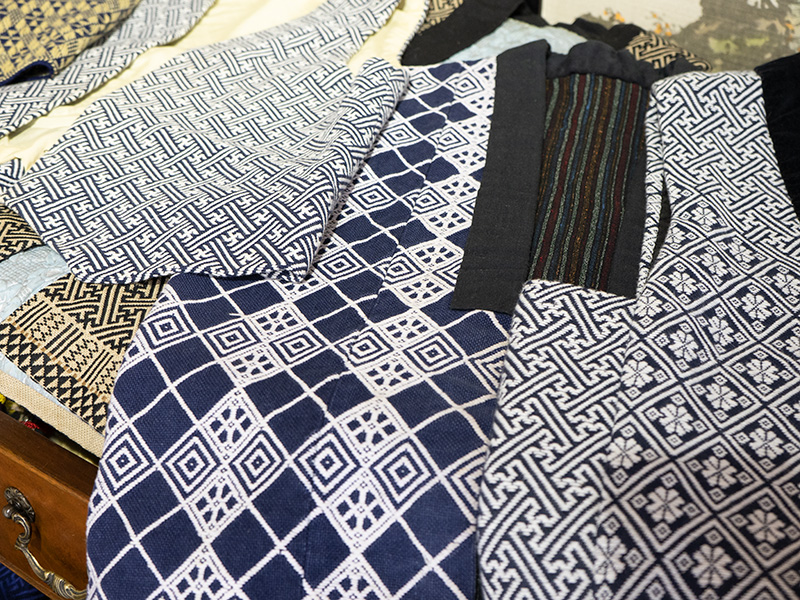 An inherited embroidery stitching technique among the peasant women in the Tsugaru region in Aomori Prefecture. Peasants were prohibited to wear cotton but only allowed to wear linen during the Edo Period. They used homegrown linen and ramie (bast fiber made of inner bark of vegetative starks) to make thread, and wove them into fabric using hand weaving machines. After dying them with indigo, peasant women stitched the crease of the fabric with linen thread to reinforce and contain the heat from escaping .In the beginning, “Jizashi (stitches that are used to completely cover a section of the background fabric)” was used to pick up the texture in a single line. Eventually geometric patterns were introduced and stitched onto kimono during the off-season, wishing good health for the family. 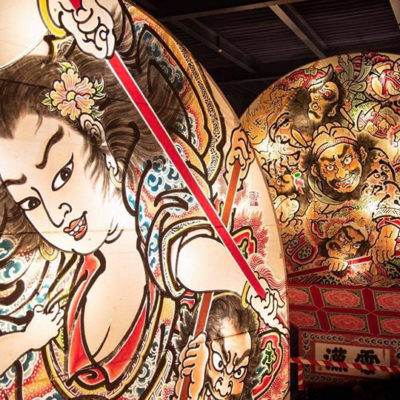 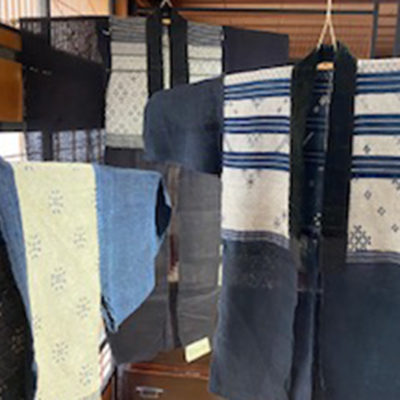 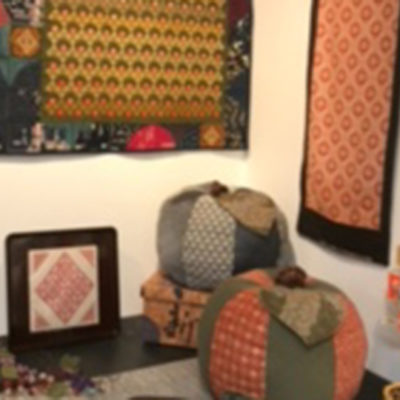 In addition to explaining the history of Kogin…